Women and the priesthood 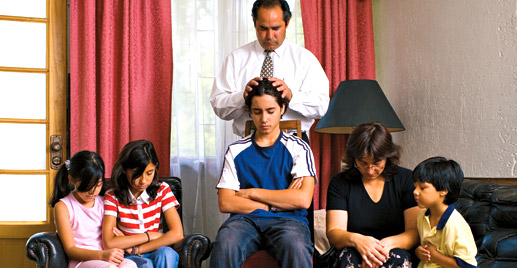 Before I became aware of the movement for ordaining women, I predicted that we would see the day when women were ordained. Since then, after reflecting on the subject, I have come to the view that ordaining women would be counterproductive. Men and women are equal but different with different needs. Men need the responsibility of priesthood authority to realize their divine potential whereas women do not. Remember that Brigham Young once taught that women could bestow a blessing of healing on their sick children. Does anyone seriously contend that Heavenly Father pays less heed to a mother’s prayer on behalf of her sick child than to a father’s priesthood blessing? The difference is that the outwardness, the formality, of the ordinance, and the other outward vestiges of priesthood power, being the responsibility of the man, increases the likelihood that he will be engaged in the work. Women do not seem to need this extra help. The man who merely “holds” the priesthood is damned. He must “bear” the priesthood, support the work of God, for his priesthood ordination to be a saving ordinance for him. Remember that a man must be ordained before he is qualified for temple blessings. There is no such requirement on a woman. The unimproved, natural man can not realize his divine potential. He is not his partner’s equal. It is by accepting and magnifying his priesthood responsibility that he becomes meet help for his companion.

If this view is an indictment of a man’s character per se then so be it. I have had 35 years to contrast the relatively diligent service of Relief Society sisters to the comparatively reluctant, but ultimately willing, and often equally stalwart service of priesthood bearers. But I fear that without the added responsibility that the scriptures routinely remind the priesthood holder that he has accepted, most men would be inclined to take a back seat and watch the sisters do all the work. Because of Eve (a savior in every sense), Adam was not left a lone man in the garden. By sustaining her husband’s priesthood responsibility, a woman helps ensure that he is not left a lone man in a lesser kingdom. This is not to suggest we ought to look down on men as weaker creatures. A righteous priesthood bearer is a powerful servant of God. But I do believe the priesthood responsibility ought to be seen more as remedial than prestigious. Whatever is good and noble and enabling and blessed about bearing the priesthood, women already have. Sisters, even single sisters, not yet sealed (to the priesthood), can perform priesthood ordinances in the temple without receiving any quasi-ordination.

I used to believe we would see a time when sisters would be ordained because there didn’t seem to me to be any harm in it. Now I see the harm. Priesthood is not something men have that women don’t. It is something that makes up for what women have that men lack. If women had the priesthood we would be no more help meets but unequally yoked. It seems to me this view is the only one consistent with the observations that men and women are equal in God’s sight and that only men are called to the priesthood. This is not like the issue of blacks and the priesthood which appears to have been mostly a function of the egregiously long time it took for the Church leadership to overcome unprincipled cultural bias.

Why fewer people attend church →
← We are not Sims.