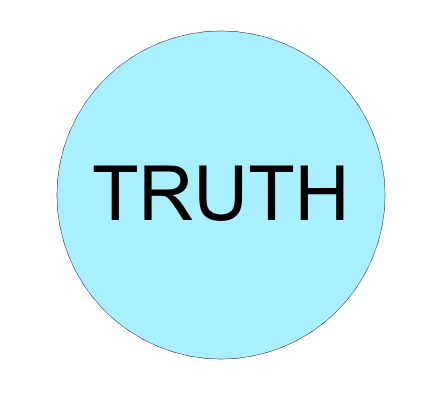 Just completed a survey about a BYU exhibit and wanted to record a couple of my answers.

Q. How do we gain knowledge of truth?

“Revelation and scientific discovery represent complementary approaches to learning truth. Although there are significant differences between them, there are also many similarities in the processes they follow. For example, the process of revelation starts with faith in God, but also requires study, action (i.e. “experimenting upon the word”), and prayer. Similarly, science often begins with a hypothesis, and then conducts experimentation to test it. Whether truth comes from a scientific laboratory or by revelation from the Lord, it is all compatible because God is the ultimate source of all truth.”

I don’t actually think that revelation and science represent different means of discovering truth. In both cases we gather evidence by observation, we form a hypothesis, and we test that hypothesis by establishing parameters, changing variables, and observing results. In both cases we receive what we suspect may be truth, we tentatively accept it as being truth so that we may act on it as if it were truth, and we assess the resulting changes we experience as a result. The first statement uses scientific terms and the second uses terms language more likely to be heard in church. They both describe the same process. Through Joseph Smith we learned that there is no such thing as immaterial matter (sounds pretty obvious). The Holy Ghost has a body of spirit that He may dwell within us. The heart is not an organ of sense or cognition. His touch is the touch of mind to mind. And that touch is sensory input like any other and subject to the same evaluation. Just as all truth may be circumscribed into one great whole, so may the process by which that truth becomes known.

Q. How can we make sense of evolution in light of the restored gospel?

The LDS Church has no official position on the theory of evolution. “Organic evolution, or changes to species’ inherited traits over time, is a matter for scientific study. Nothing has been revealed concerning evolution. Though the details of what happened on earth before Adam and Eve, including how their bodies were created, have not been revealed, our teachings regarding man’s origin are clear and come from revelation.” (New Era, October 2016).

Evolution and creation need not be seen as mutually exclusive ideas. Through the restored gospel, we understand that God created and prepared the earth for a specific purpose: to provide the conditions where His children could receive a physical body, learn and grow through mortal experiences, and ultimately progress to become like Him. Pairing this knowledge with what we know through science about the history of life on earth can help us more fully appreciate and reverence our God for the incredible care and the love that went into the preparation of the Earth for mankind.

There is much general talk about the fact that human evolution can be reconciled with a literal Adam and Eve but little by way of specifics. I believe that is because if anyone ever got into how they may be reconciled they would be quickly shut down by a creationist or a teacher wanting to avoid contention. In the meantime, the lack of specifics about how to accomplish this reconciliation can leave some faithful evolutionists with an unnecessary crisis of faith. There is nothing speculative about this topic and there is no “deep doctrine” to avoid. It is simply a necessary part of the search for truth to participate in a discussion that aims to reconcile allegedly conflicting facts.

A dream within a dream →
← The Reality of Our Simulated Reality