For background on the game see: https://boardgamegeek.com/boardgame/125977/cataclysm-second-world-war 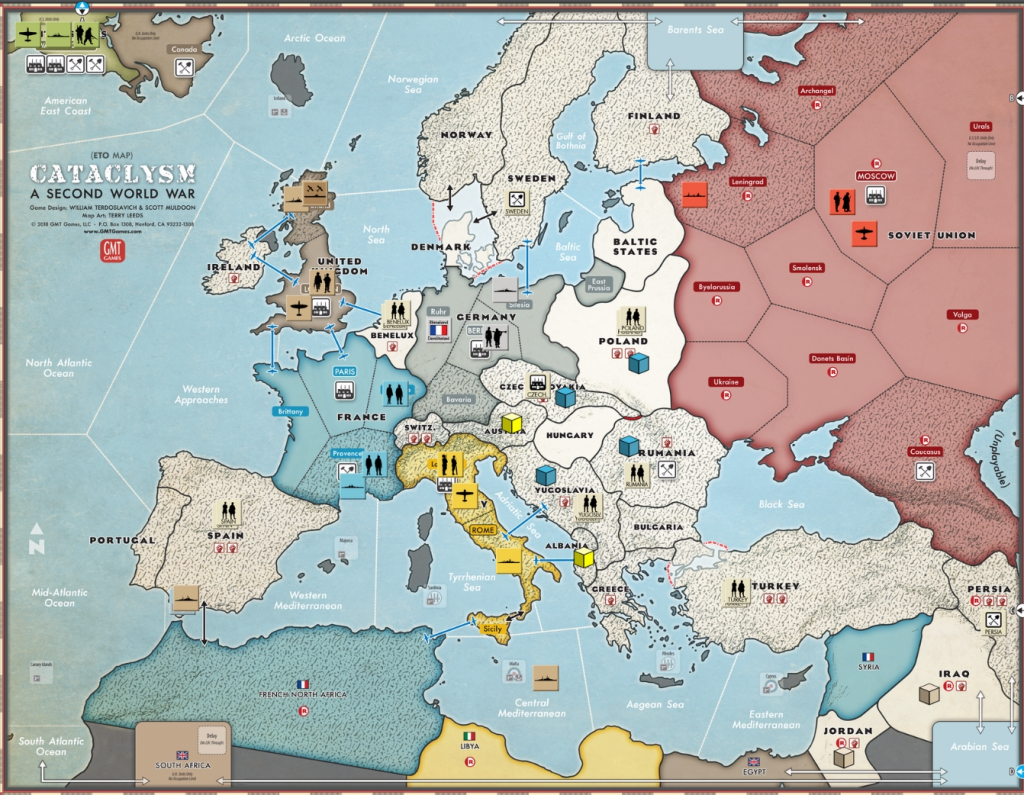 France has strong relationships with many countries of eastern Europe in an effort to encircle and contain the newly emerging Reich. At home the French step up work on a series of fortresses facing their German neighbour. Italy’s influence is strongly entrenched in Austria and Albania while Britain’s influence holds sway in Iraq and Jordan and even stronger in Egypt where the relationship is virtually colonial.

In Britain cabinet unity and popular opinion make the occasion ripe for a bold government initiative. In the Soviet Union, Stalin has successfully implemented some important military reforms and observers expect some assertive new initiatives from him as well. (Both Britain and Russia took flags and passed their ensuing stability checks.) 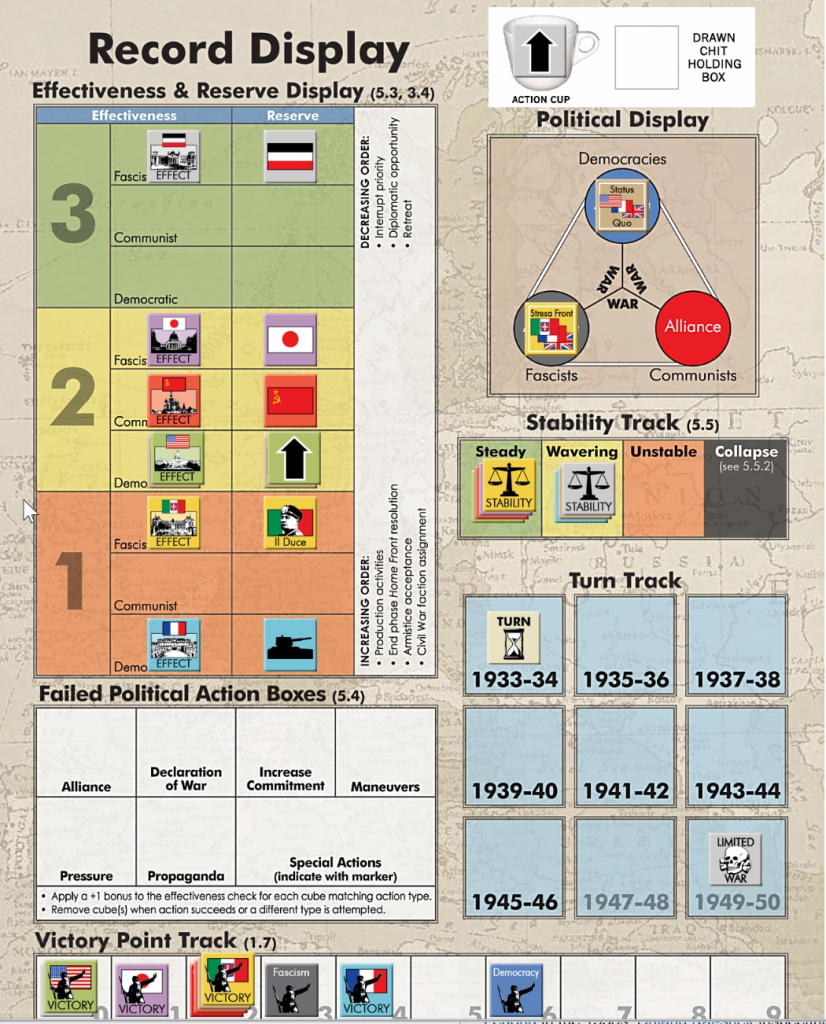